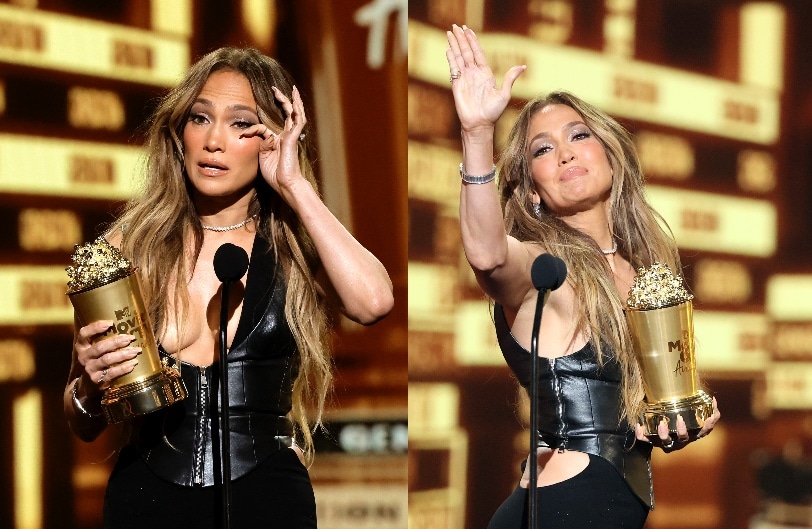 The 2022 MTV Cinema and Television Awards, where the best of the cinema and television world are awarded, found their owners last Sunday night. Jennifer Lopez, who won the ‘Best Song Award’ with her ‘On My Way’ for the movie ‘Marry Me’ at the ceremony, went on stage to receive the ‘Generation Award’ for the second time. The famous singer, who had emotional moments, could not hold back her tears while giving her speech.

The 2022 MTV Movie and TV Awards were held in Santa Monica last Sunday night. Jennifer Lopez was the most striking name in the night where the best of the world of cinema and television were awarded.

Lopez won the ‘Best Song Award’ at the ceremony with ‘On My Way’, which he composed for the movie ‘Marry Me’.

He couldn’t hold back his tears

The 52-year-old singer was then called to the stage to receive the ‘Generation Award’ for the second time. Jennifer Lopez, who was experiencing emotional moments at that time, finished her speech in tears.

Lopez, who took the first step towards remarriage with Oscar-winning actor Ben Affleck after a 17-year hiatus, thanked her supporters and enemies on stage.

JLO made the following statements in his speech:

I want to thank everyone who made me happy, broke my heart, and lied to me. I want to thank true love. I also thank disappointment and failure for teaching me to be strong. And to my children and my love… Thank you to everyone who said I couldn’t do that to my face or elsewhere. I really couldn’t have done it without you.

The emotional moments of the famous singer were reflected in the lenses like this.